CAN JUSTICE BE CHILD-FRIENDLY?

"When you ask what our job is, I'll answer you - someone just has to love these kids." [former inspector of Children's pedagogical room] 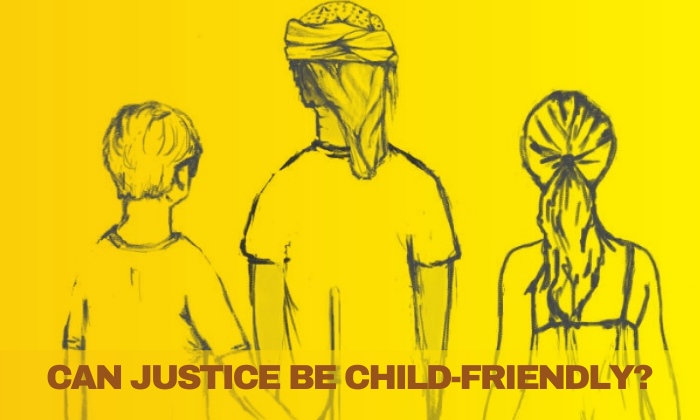 On June 30, July 1 and 2, 2021, the International Conference "CAN JUSTICE BE CHILD-FRIENDLY?" was held. The conference was organized by the Bulgarian Center for Non-Profit Law, Validity Foundation, PRISM Impresa Sociale. (Italy) and the Center for Legal Resources (Romania), in partnership with the Union of Judges in Bulgaria, UNICEF Bulgaria, the National Network for Children and the Megafon Network. The first two days of the conference were held entirely online, and the sessions on July 2 took place live in Sofia with the possibility of remote participation.

The main issues discussed during the conference were:

More than 160 guests from around the world signed to attend the three-day conference and representatives of the United Nations, the European Commission, the EU Fundamental Rights Agency, NGOs, as well as lawyers, journalists and university researchers were part of the separate sessions. The official guests at the event in Sofia were the Ombudsman of the Republic of Bulgaria Diana Kovacheva and the Deputy Minister of Justice Maria Pavlova.

During the event the system of legal acts and policy documents related to child-friendly justice at European and international level was analyzed. Bulgaria's delay in transposing Directive (EU) 2016/800 and Directive (EU) 2012/29, which regulate the minimum standards for the rights of child offenders or victims of crime in criminal proceedings, was also discussed. Particular attention was paid to the nature and objectives of  the "individual assessment" under the two European Directives. It was emphasized that individual assessment can be used to individualize a punishment, but its main purpose is to ensure that the individual educational and other needs of the child guaranteed by the recognized children’s rights are met.

During the discussions which took place at the Conference, a number of other issues related to the child-friendly justice in Bulgaria and other European countries were raised:

In addition to the legislation on child-friendly justice and the challenges to its implementation, the need for a change in the public attitudes towards children was also discussed. Lack of maturity in children should not be a reason to treat them with less respect, and upholding the best interests of the child is beneficial for society as a whole.

During the Conference good practices on individual assessment in Italy, the creation of "blue rooms" in Bulgaria and Romania, working with child victims of crime in social services and others were also presented.

On the third and final day of the Conference, a session was held in an unusual format. During it young people presented real cases of child offenders and / or victims of crime and asked their questions to the experts. The conference was held in Bulgarian and English and was accompanied by interpretation into both sign languages.

Soon more information on the other conferences organized in the scope of the  Child-Friendly Justice: Developing the concept of social court practices (878552 – CFJ-DCSCP). REC-AG-2019/REC-RCHI-PROF-AG-2019-878552) Project.

This Conference is co-funded by the European Union’s Rights, Equality and Citizenship Programme (2014-2020).