From the 12th to the 25th of June you can explore the exhibition “I decide=I am” at the City Garden in front of the Ivan Vazov National Theatre in Sofia. 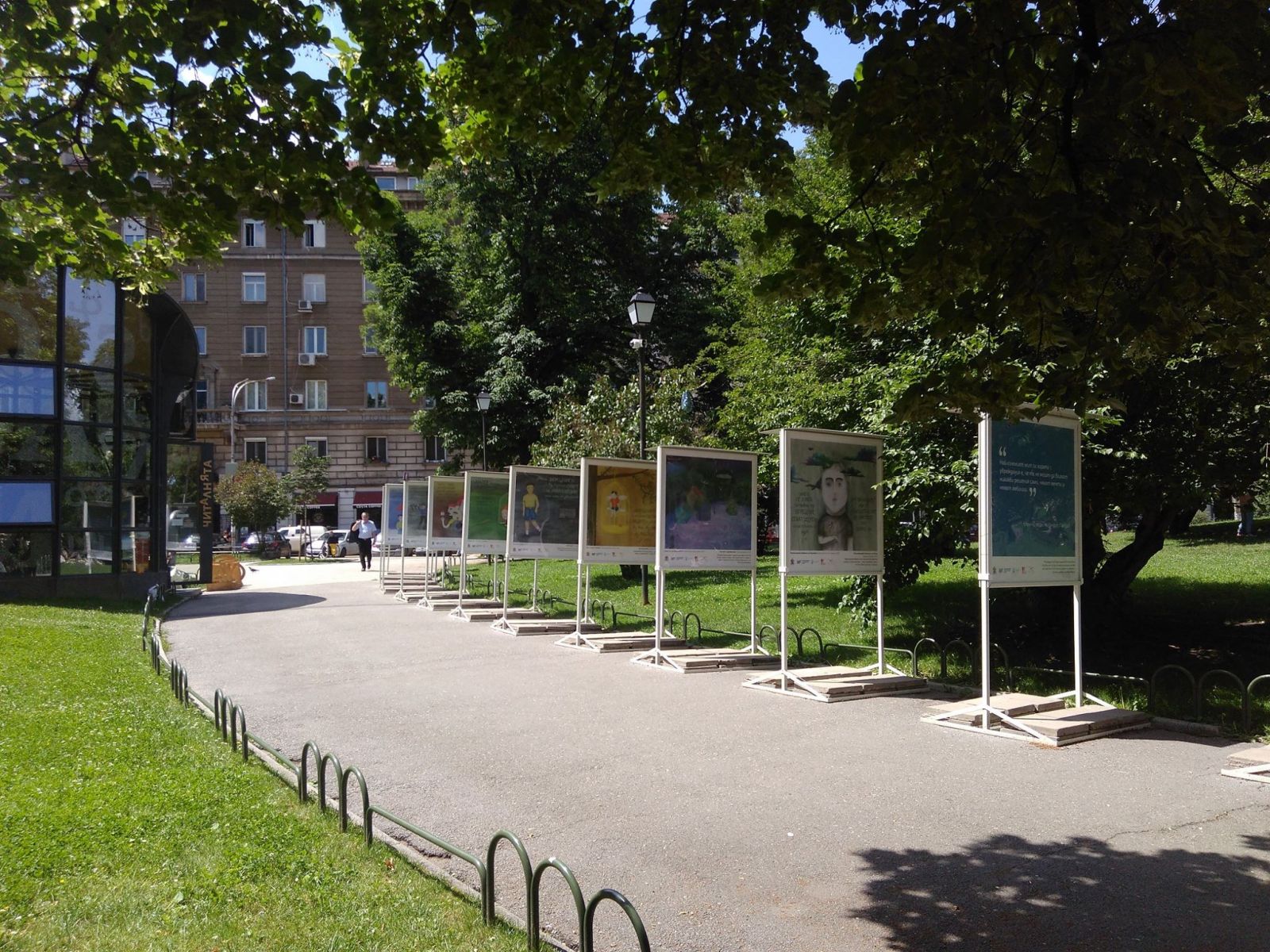 Imagine a life, in which you cannot take decisions for yourself – from where to live, to what to buy. It sounds absurd, right? Well it is. However, thousands of people in Bulgaria live such a life.  Through the system for judicial disability (extant in Bulgaria since 1949), power over the life of people with mental disabilities is placed in the hands of others. This other person, a legal guardian or custodian, is in possession of one’s life, emotions and freedom.   People placed under judicial disability do not have the right to choose anything for themselves, be it bigger things such as where to live or getting married, or smaller details like deciding what to eat or what clothes to wear. These people hold no power, their voice, desires and thoughts are worth nothing according to the law. Many of them become victims of their own guardians, who benefit themselves with their wards’ money or estates. Many of those with judicial disability are imprisoned in institutions, without the legal option to begin a process which would allow them to leave. It is far too easy to place a person under legal injunction, and in almost all cases the sentence stays forever.

The new approach to the problem is called Assisted Decision Making. It is included in the UN Convention on the Rights of Persons with Disabilities, ratified by Bulgaria, and presents a way to ensure all stand equal before the law – giving you a way to become the author of your own life’s story, to be part of a community, to control your own progress.

The exhibition by Nadezhda Georgieva (Nad) with descriptions by Yana Burer Tavanie will be held at the City Garden between the 12th and 25th of July. It is inspired by true stories. The exhibition tells a story of loss, difference and loneliness, but it also shows how equal and happy we all are when our wishes are heard and we get the chance to carve our own path in life.

The exhibition gives the floor to people with disabilities and their relatives, letting them talk about their dreams and opportunities, and the obstacles they yet face.

Through this initiative we hope to gather popular support for removing the system for judicial disability and to uphold the guarantees of Article 12 of the UN Convention on the Rights of Persons with Disabilities and to accept the proposed Law for Legal Persons and Measures for Support.

The legislative introduction of the concept of Assisted Decision Making will let people with disabilities take their lives into their own hand and be part of society. To decide, therefore to be.

All who wish to support the reform can do so at www.equalrights.bcnl.org.

"I decide=I am" is organized by the Bulgarian Center for Not-for-profit Law, the Bulgarian Association for People with Mental Disabilities, the “Global Initiative in Psychiatry” Foundation – Sofia,  the “Maria’s World” Foundation and with the support of Sofia Municipality’s Directorate on Culture.

Ever since its debut in Sofia at the “Credo Bonum” gallery last year, the exhibition
“I decide=I am” has been travelling through 9 locations in Bulgaria, as well as 5 countries on four continents – Ireland, Peru, Kazakhstan, Switzerland and the Republic of South Africa.

The exhibition was invited to be part of the UN’s initiative marking the International Day of People with Disabilities. On the 2nd of December 2016 at the Wilson Palace in Geneva, the exhibition was officially unveiled by the Special Rapporteur on the rights of persons with disabilities -  Ms Catalina Devandas Aguilar, the United Nations High Commissioner for Human Rights – Prince Zeid bin Ra’ad Zeid al-Hussein and the Bulgarian Ambassador to the UN – Deyana Kostadinova.

The initiative is part of the “Next Step” program. The program encourages Assisted Decision making with real people at 9 locations in Bulgaria. The accumulated knowledge and experience is used for the development of suggestions for changes in legislation regarding judicial disability and the introduction of new measures for upholding and exercising basic human rights.