Honoring the Authors in the “Civic Alarm Clock” vol.5 Competition at the Arts and Rights Festival of the Same Name

The smiles and the cheerful mood, which I encountered, were the most fascinating thing. It is wonderful to be surrounded by positive people and to communicate with them. - a festival participant

Good things should repeat more often. That is why this year we set out on one genuinely colorful challenge dedicated to the rights awareness and their realization through the transforming power of art. On June 19th, we, the Bulgarian Center for Not-for-Profit Law, made the start of the festive summer with a special event: the second edition of the CIVIC ALARM CLOCK Festival, which was placed at the new heart of the art of Sofia - Toplocentrala.

The festival brought together under one sky creative activities, workshops, dances, songs, and games related to the right to association, the right to peaceful assembly (protests), and the freedom of speech.

The fest began with the creative Rhythm Workshop run by our afaithful friend and civic enlightener - Ditsata from Dizzy Grooves. Under his conduct, people who were strangers before that moment, connected as a community in a big drum circle, and set the festival rhythm together. Through the group drumming, the participants set the tone for the upcoming activities.

May the Civic Alarm Clock continue to delight us in the years ahead. - a festival participant

Any rhythm leads to dance - it is inevitable! Especially when a whole percussion section prompts you to move. That is what we were hoping for, and that is what happened at the Afro Dance Workshop with the energetic Maria Cossa from Afrikaia. Thanks to her directions, for a moment, we managed to plunge into the exotic dance culture of the hot continent. Along with that, we were reflecting on ideas of what solidarity would look like, and how we could talk about it through the power of dance. Great food for our thoughts! 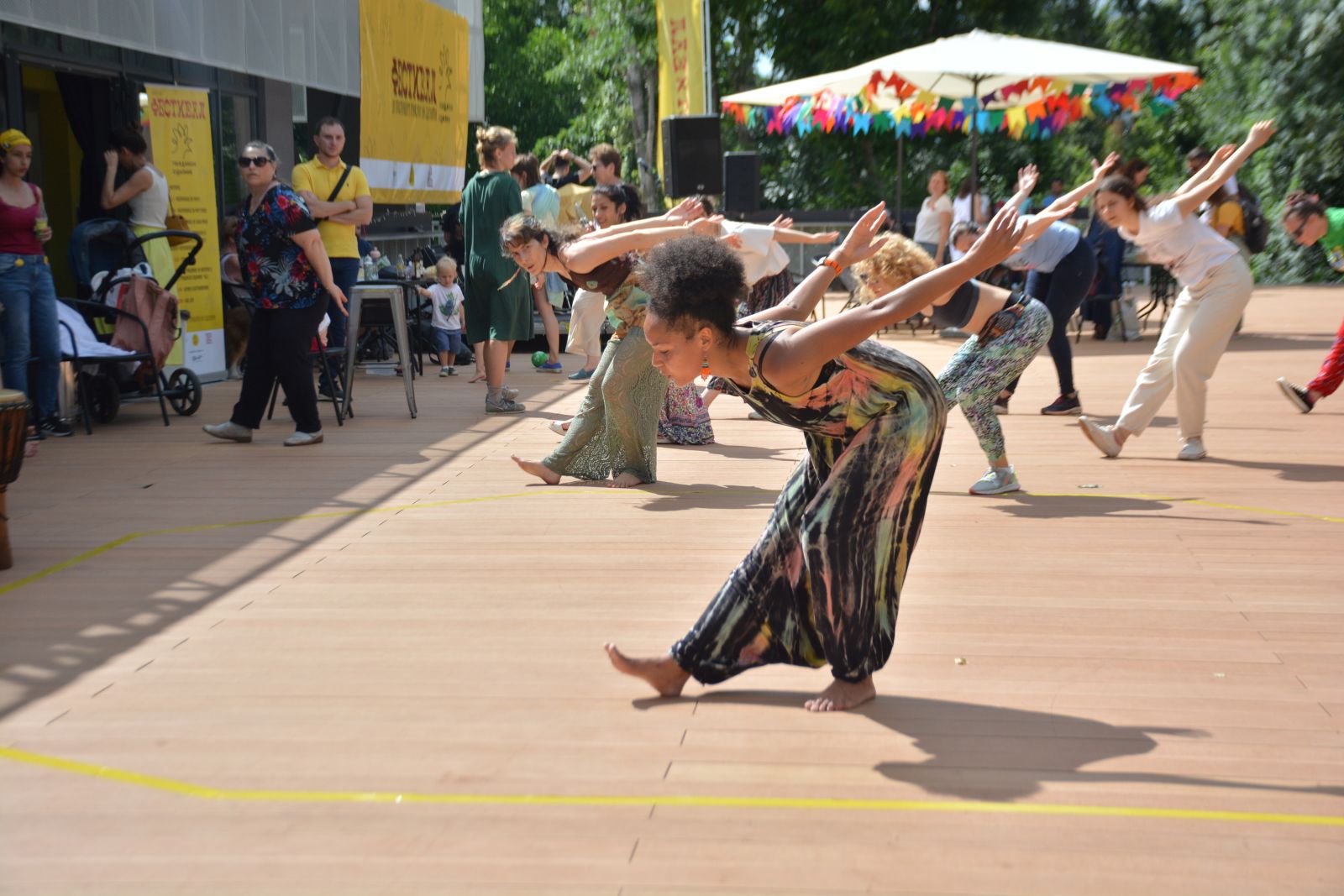 Well, after last year we experienced the cult number Singing in the Rain from the movie of the same name, starring Gene Kelly, we decided that this time we have to practice these swing steps in the throes of the Lindy Hop dance, together with our tireless friends from Swing Society. We are glad so many fresh people took part in this!

During the whole day, the festival participants had the unique opportunity to take part in a number of free and specially prepared workshops based on various topics. Together with the Bulgarian Biodiversity Foundation, we learned how to process herbs to prepare different combinations of fresh spices with natural semolina salt from the Lagoon of Life - Atanasovsko lake!

The festival was wonderfully organized. The workshops were interesting. And the participants were curious, skillful, and, at the end, erupted as an audience. - a festival participant 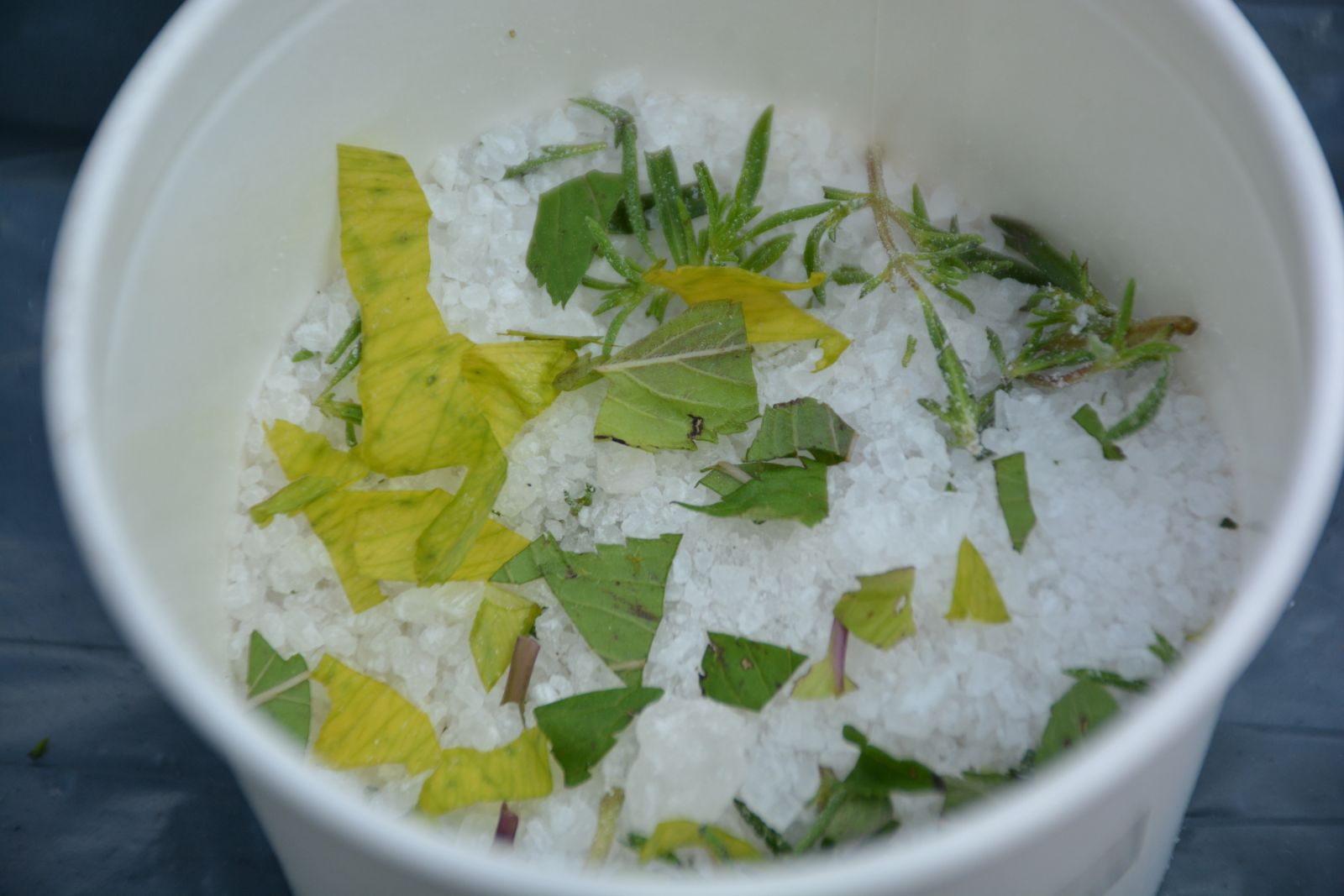 The whole time, we hunted for footage exemplary for associating, through the creative view of the photographer of causes Tihomira Metodieva - Tihich. We were printing the emblematic photos on the spot, thanks to our partners from Factor.Bg, who lent us a multifunction photo printer for one more year.

With the help of 528 Society, big and small were creating unique paintings and were finishing the stories of emblematic Civic Alarm Clock illustrations, which contributed to the colors of the improvized exhibition in the festival zone.

Together with CaritArt, a Caritas Sofia social enterprise, we were making festival badges with messages about the power of civil union.

The DarPazar stand charmed the visitors with the diverse, handmade and authentic gift ideas created by Bulgarian social enterprises.

Especially for the Festival guests, all of the workshops of social enterprises - part of the DarPazar community - were absolutely free, so that more people could feel the civic energy and get to know the causes of the civic organizations behind them.

And now the most long-awaited moment of the fest has arrived, namely - to find out who are the distinguished authors in the fifth edition of the CIVIC ALARM CLOCK 2022 competition.

This year, more than 120 Bulgarian artists took part in the three competition categories: “Illustration”, “Photography”, and “Text”. We prompted them to think and create art on the topic “ASSOCIATED - the force of being TOGETHER”, and the suggestions that we received were more than impressive.

The awarding ceremony was led by Iva Doychinova - a civic cause journalist and a faithful friend of BCNL, who never stops recognizing the meaning of promoting the creation and popularization of socially engaged art.

Well, that was enough waiting and enough tension. Here are the authors awarded prizes in the three competition categories:

First prize: Plamena Stoyanova: On Allied Living and the Right to Freedom of Association

Audience’s Choice Award from the online voting: Genka Bogdanova: The Happiness To Have Faithful Friends

Honorary distinction: Lyudmila Garkova: Together We Will Change the World with the Colors of Happiness and Love and The Best Place in the World Is Here and Now - with You

Audience’s Choice Award from the online voting: Svetlana Popova: In One

As part of the ceremony, there was a raffle with the names of the people who supported their favorites in the three categories in the online voting. The lucky winners are: Ivan Kanchev, Desislava Kalcheva and Elena Pavlova. They received gifts from the limited edition Civic Alarm Clock bags, bandana scarves and badges.

Congratulations to the winners!

We sincerely thank everyone who participated, and we encourage you to keep creating and looking for new ways to talk about human and civil rights and freedoms.

All the authors awarded first prize received a 400 leva voucher, second prize - 300 leva, third prize 200 leva, and those who were distinguished with the Audience’s Choice Award received 100 leva. And this year, the general prize fund was secured thanks to the generous support of civil activists, art connoisseurs, friends and partners within the donation campaign organized by the Bulgarian Center for Not-for-Profit Law. Thank you from the bottom of our hearts to everyone who became part of this process and supported the distinguished artists!

And as we said quite a few times, a festival with no music is not a festival. That is why, three of the hottest modern bands came on the Festival stage - Kerana & Kosmonavtite, Cool Den, and Feel Good Inc. They set us out on a fabulous musical journey in the rhythm of original pieces with a socially engaging message. Thank you again boys and girls! You were undoubtedly the sweet dessert at the end of this unforgettable day. See you back next year! 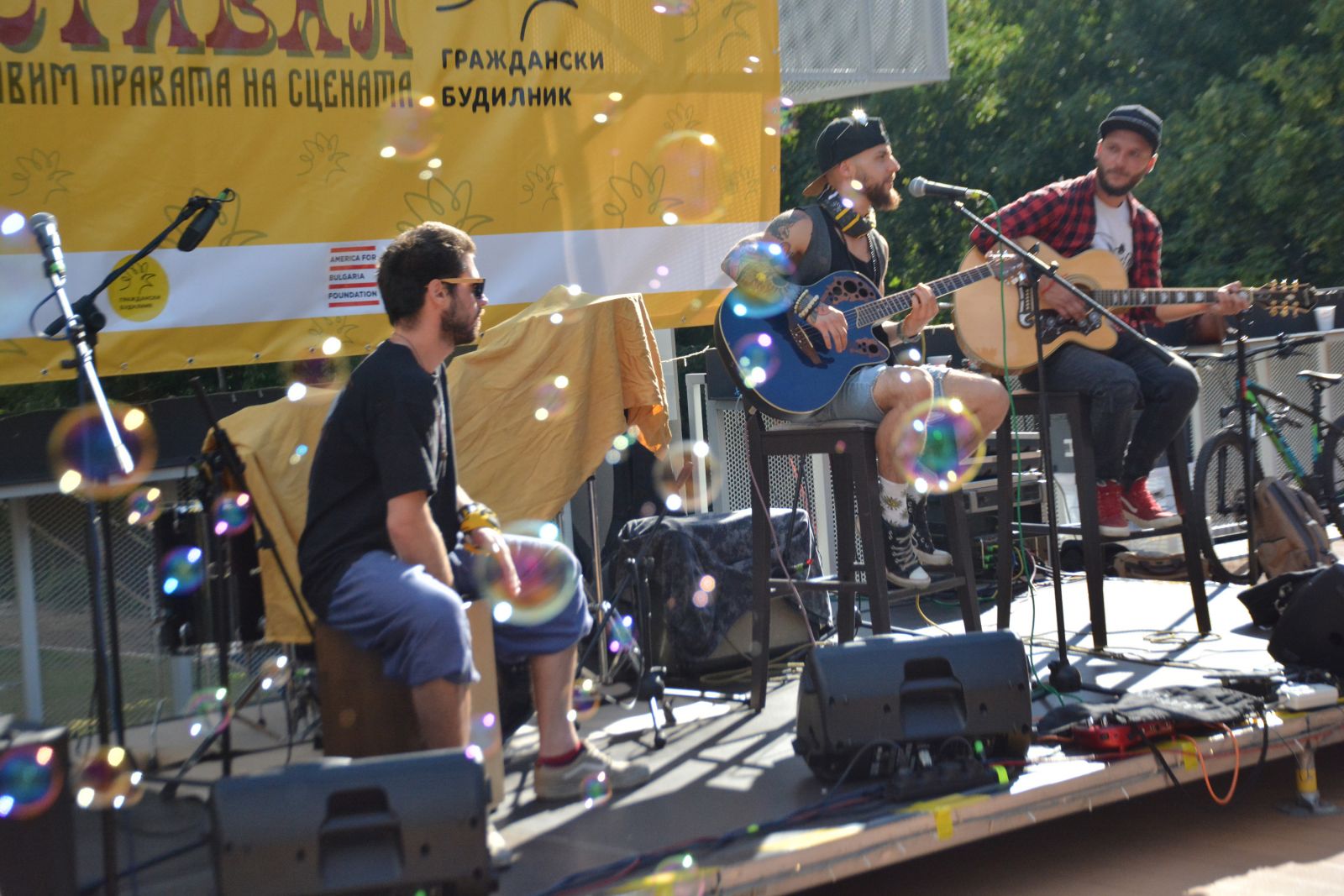 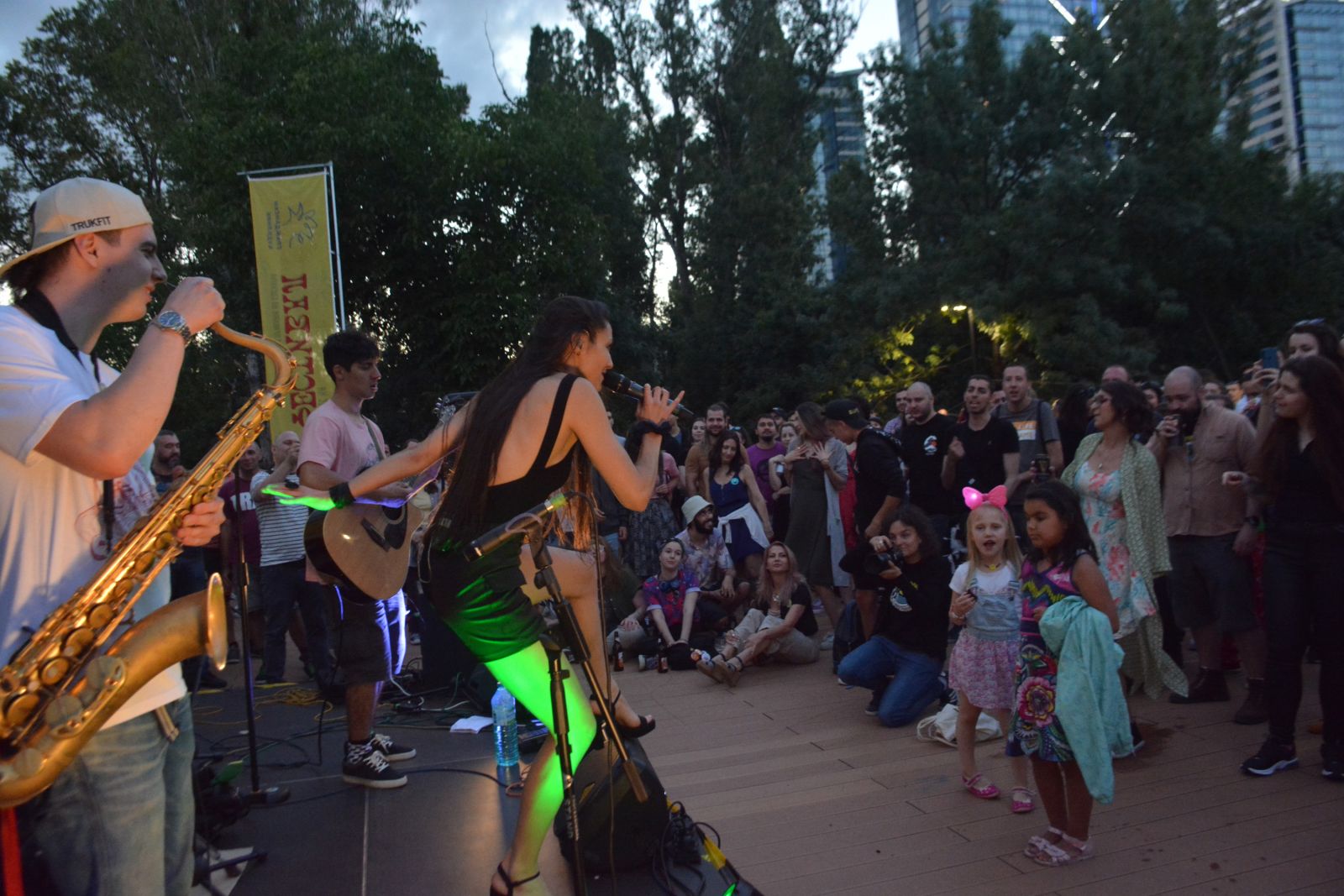 The energy was very invigorating, positive and fresh! Keep up the good work! - a festival participant