"If it weren't for the rain sometimes, how could we estimate the sunny weather?"
Kevin Alan Milne

The people have said that if it rains on the day of the wedding, it means that the life of the newlyweds will be happy and fulfilling. However, no one says anything about festivals for socially engaged art and significant causes. We firmly believe that the same belief applies in this case. On August 26, we from the Bulgarian Center for Not-for-Profit Law celebrated the end of the summer with a colorful event in the rain in the heart of the city. The first edition of the CIVIC ALARM CLOCK Festival brought together under one sky creative activities, workshops, dances, songs and games related to our right of association, the right to peaceful assembly (protests) and freedom of speech. The fresh mood was also present, despite the weather conditions. We sincerely thank all the participants for the positive attitude towards the weather conditions!

The event started with the creative drum circle workshop of our friends from Yambadon. With their help, together we created the rhythm of the festival and set the tone for the upcoming activities. 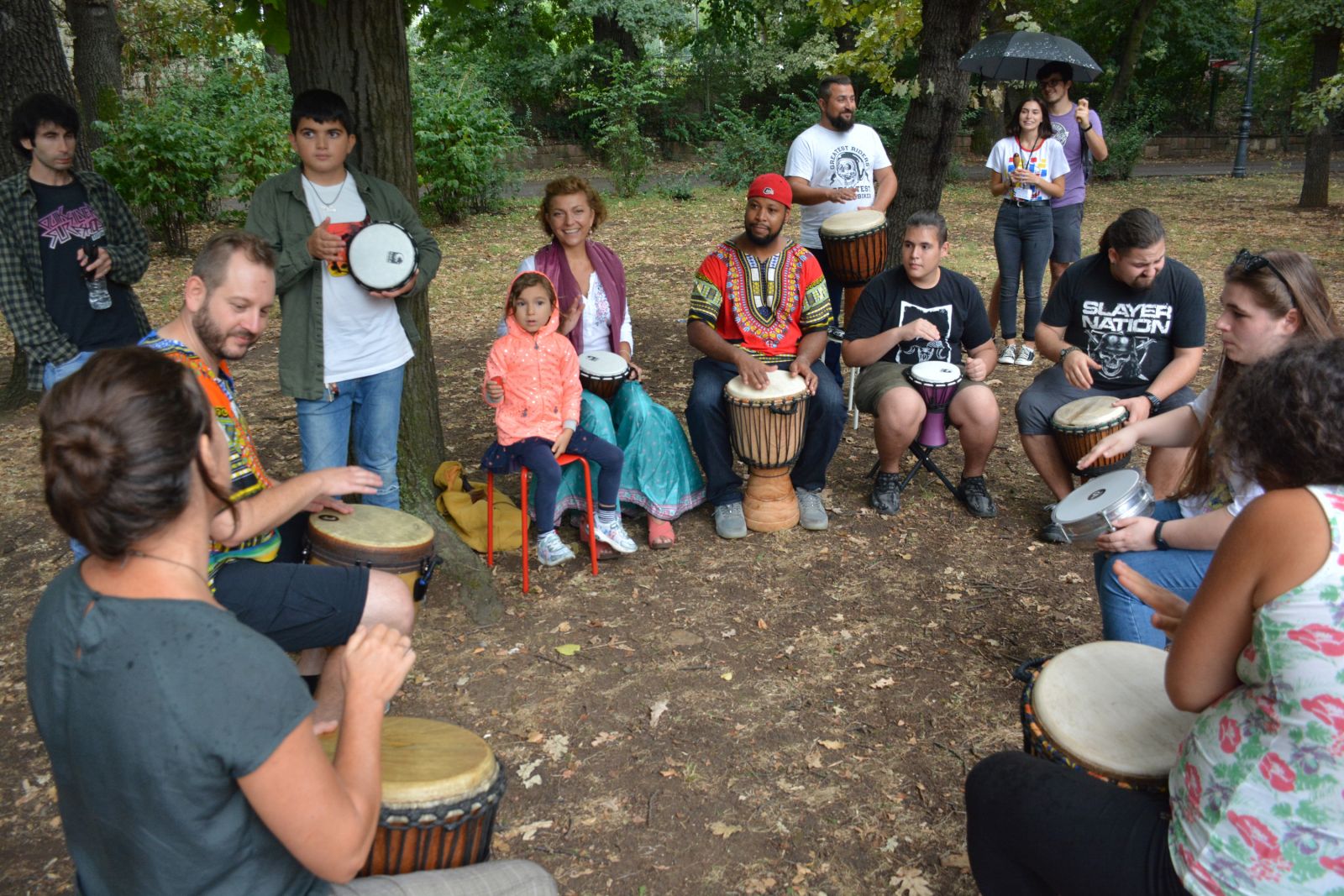 The rhythm leads to a dance - it is inevitable, especially when a whole section of percussion pushes you to move. This is exactly what happened during the Afro dance workshop with the participation of the energetic Maria Cossa. Under her guidance, we immersed ourselves in the exotic dance culture of the hot continent, and at the same time the participants exchanged opinions and ideas about what solidarity means and how to talk about it through dance. 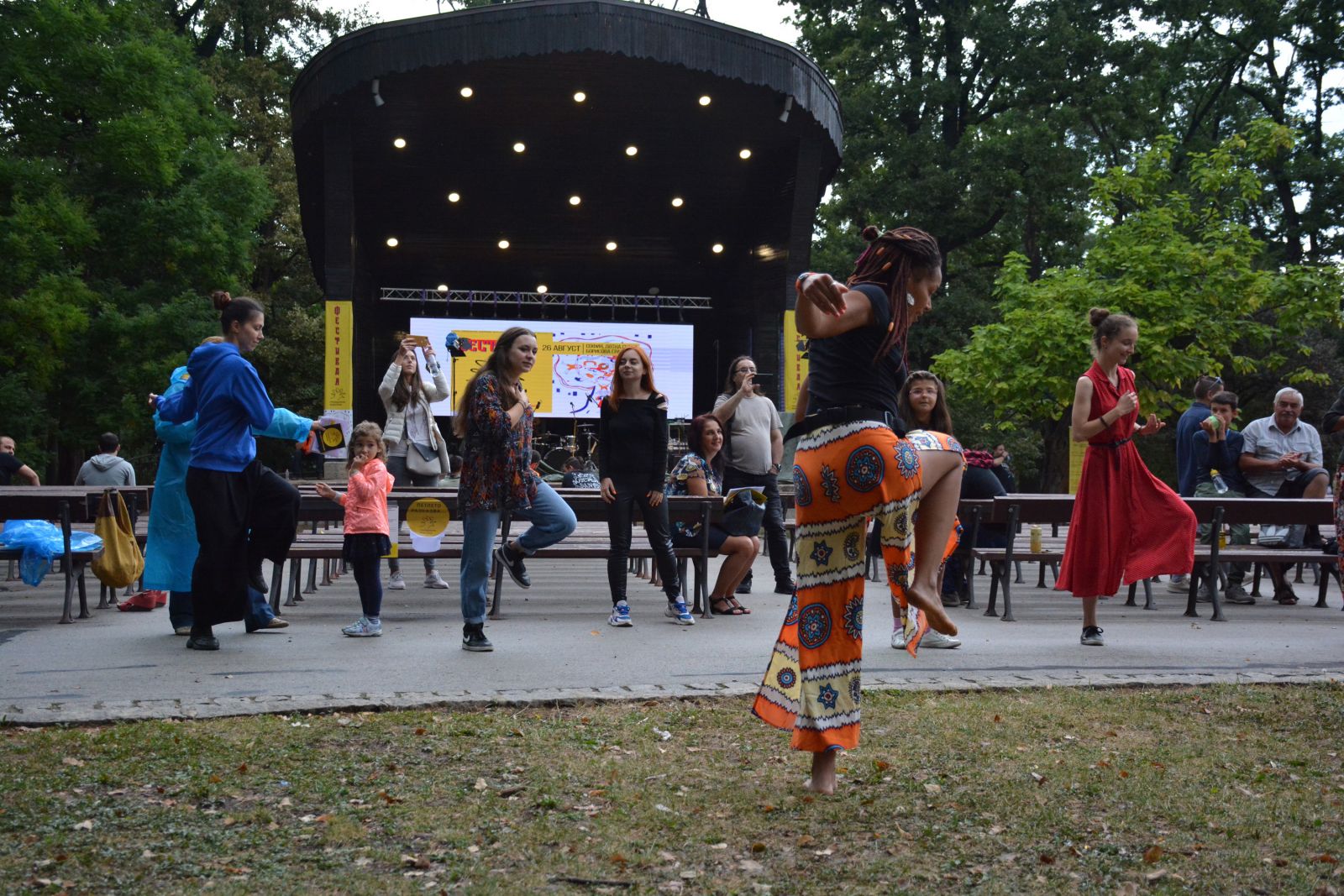 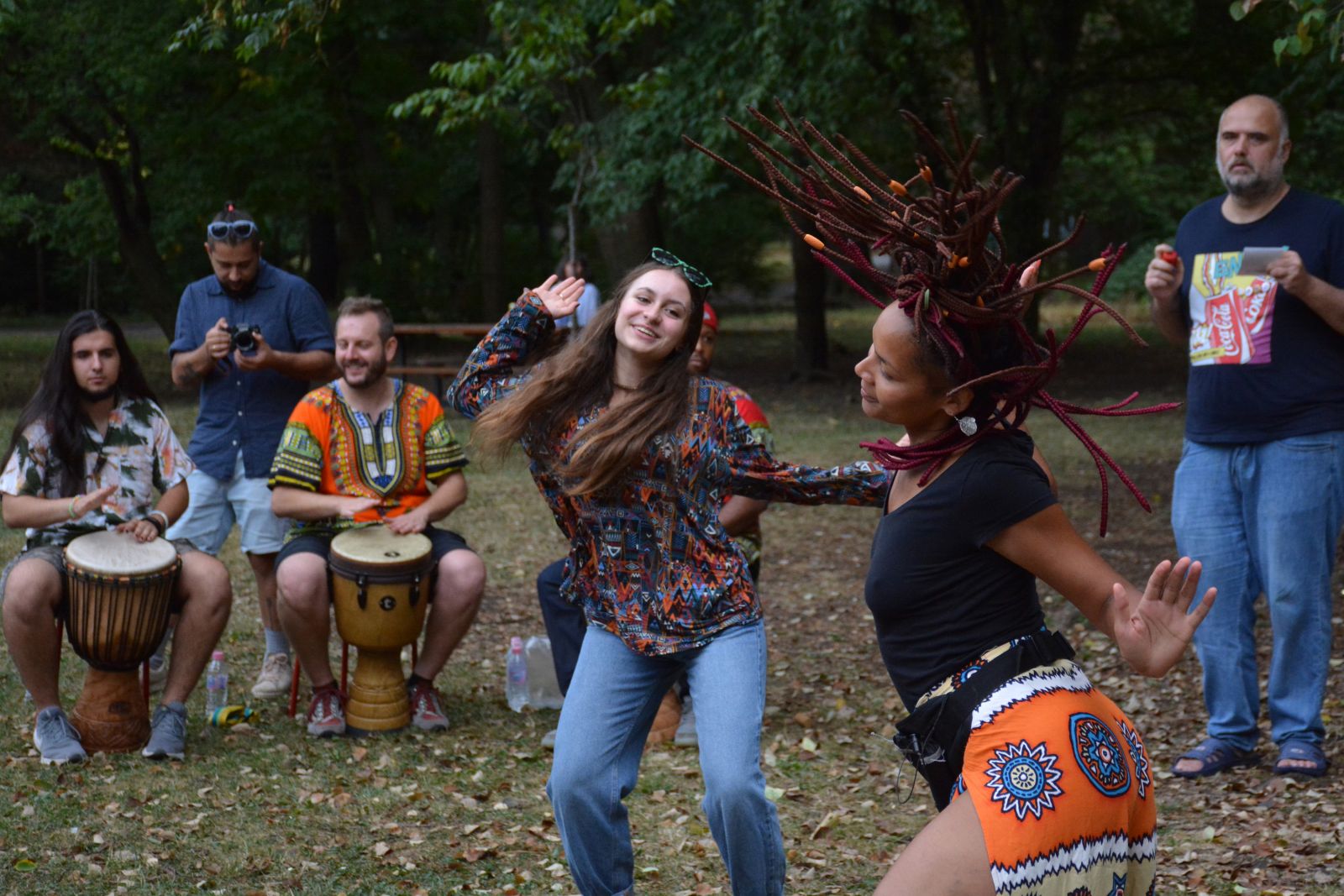 What do you think of when you hear the song "Singing in the rain"? About Gene Kelly, his iconic umbrella, happiness and dancing in the rain? That's what we thought. Well, it was no coincidence that after the Afro dances, even more torrential rain fell, which instantly created a precondition for jazz in the rain. Here it was the turn of the swing dance workshop, where under the guidance of the dance duo from the Swing Society, we learned and practiced our first lindy hop steps together. It was unique! 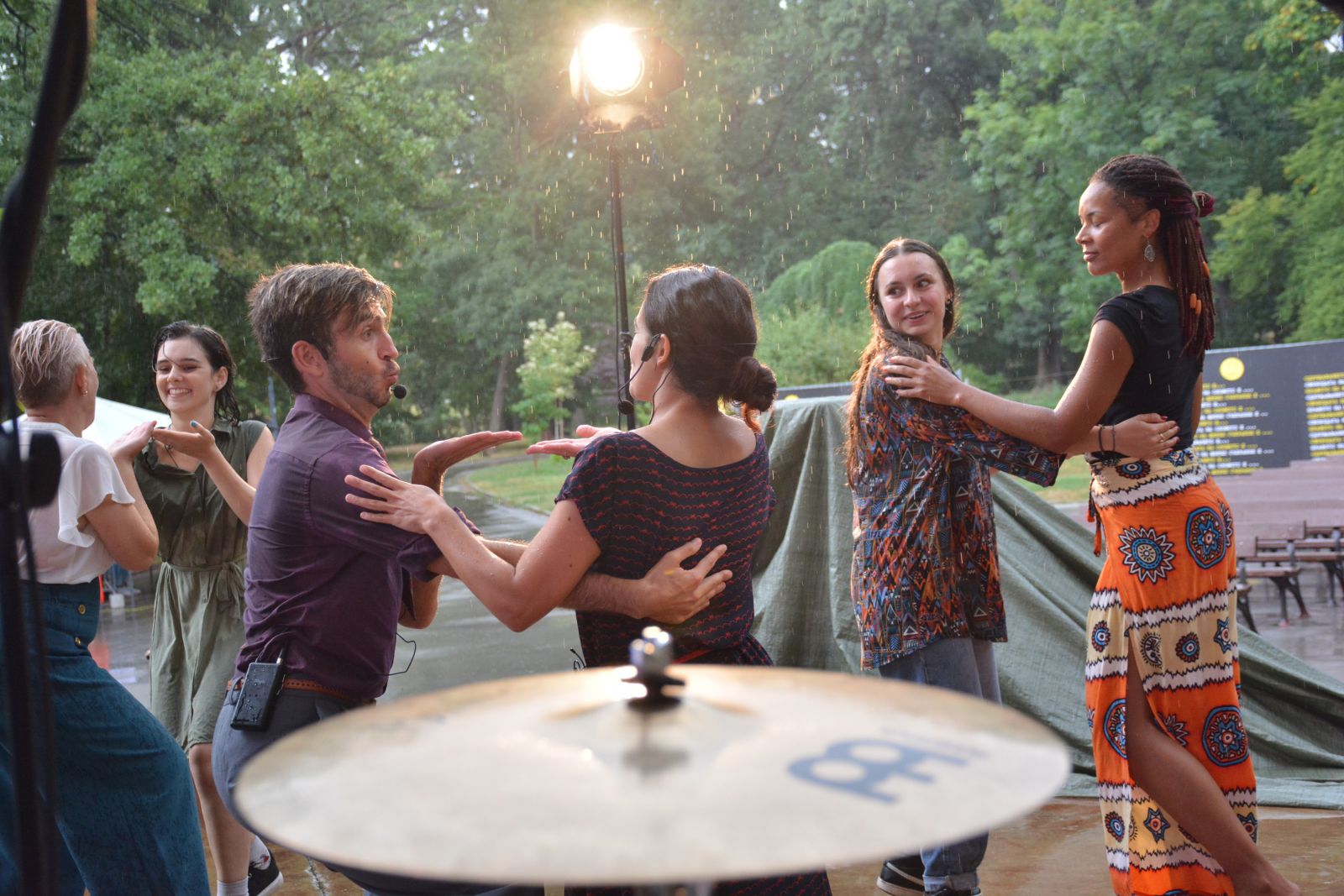 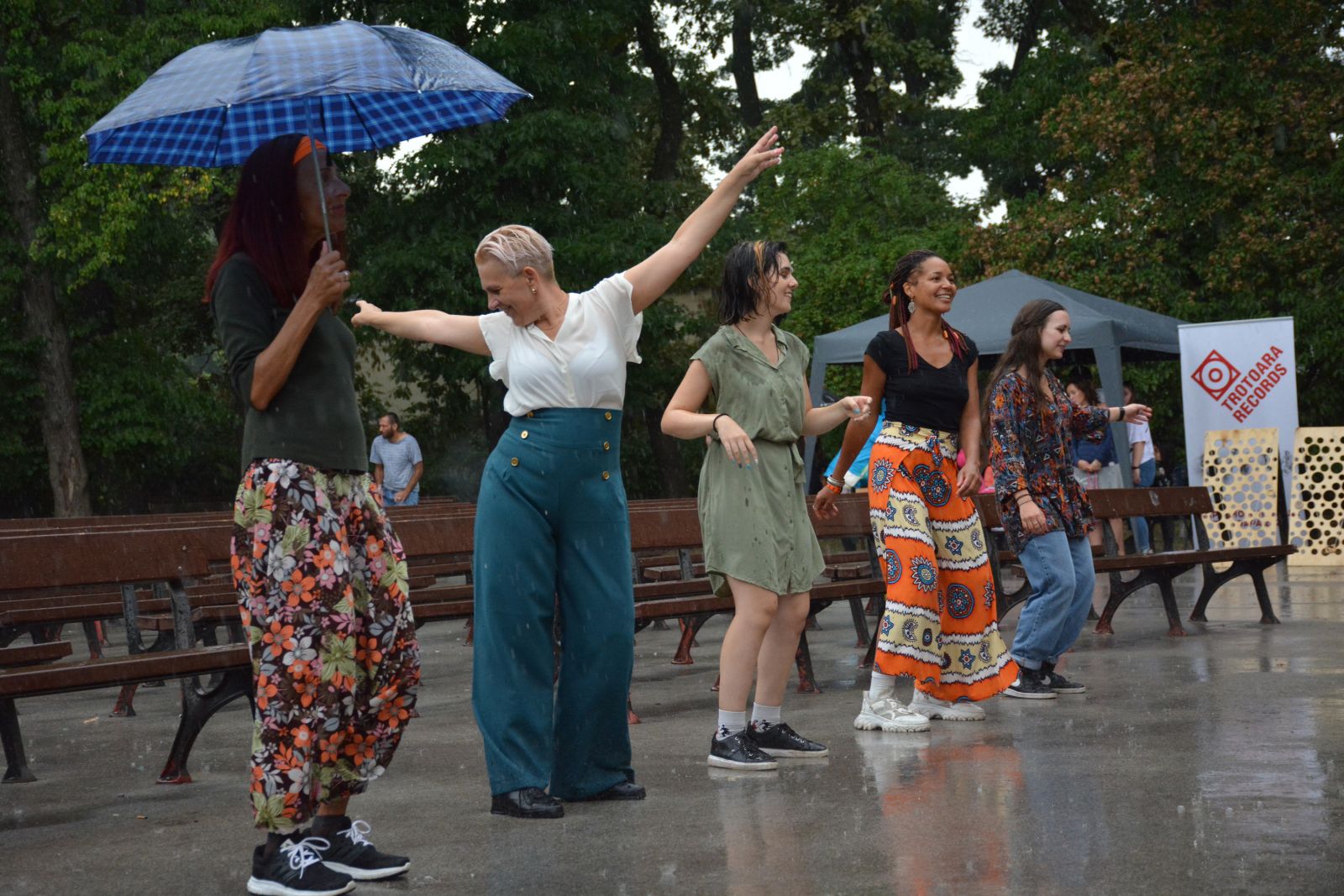 Meanwhile, at the stand of the CIVIC ALARM CLOCK game people from all ages accepted the challenge of the Rooster and embarked on a treasure hunt to answer questions related to our civil rights. Along with this, a small but inspiring team of photographers walked through the park, determined to capture shots of examples of association around the festival area.

Others decided to try the special gelato taste of the CIVIC ALARM CLOCK under the sweet tent of the ice cream virtuosos from Gelato Fabbrica. Others refreshed themselves with a free drink provided by our partners from Zagorka. 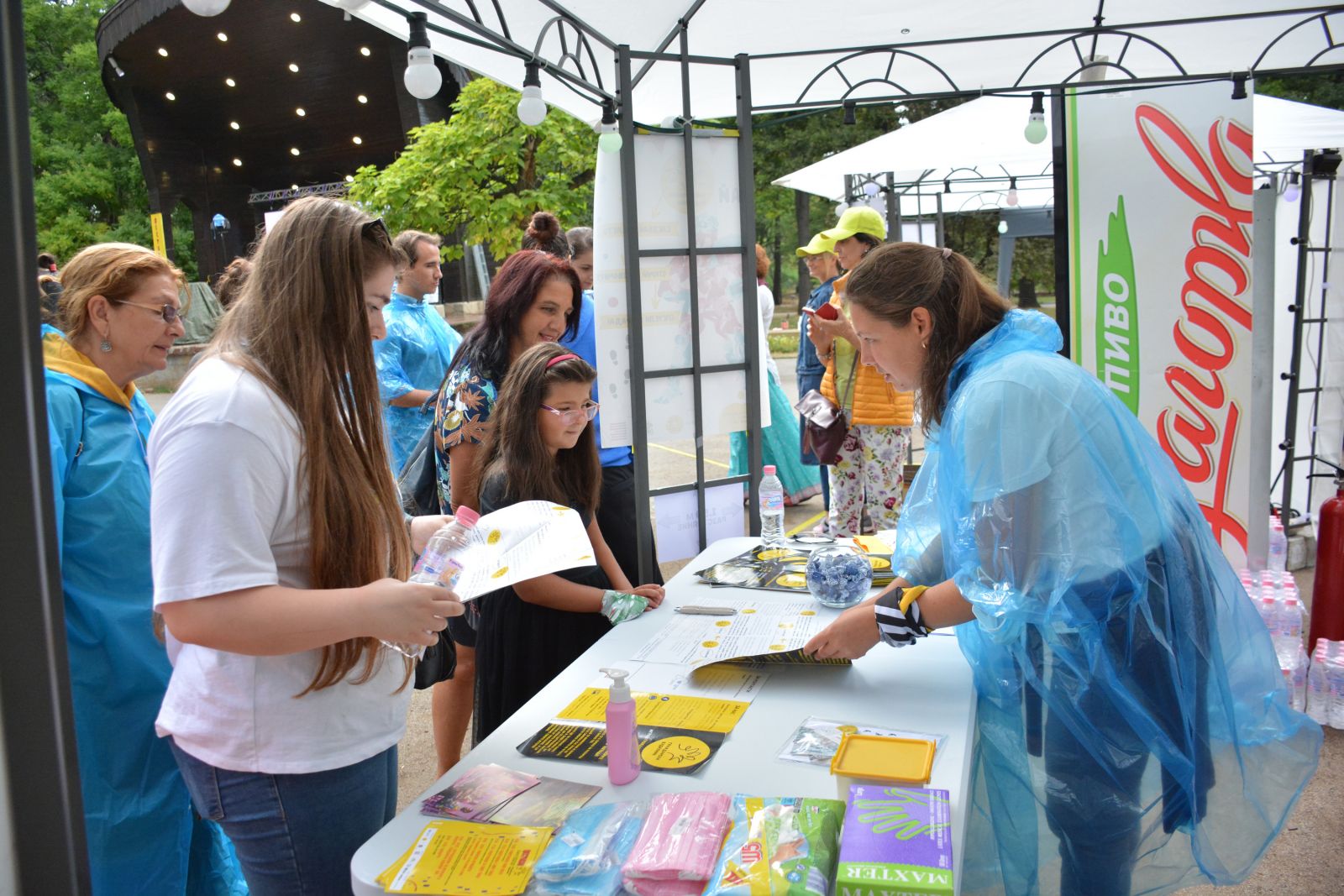 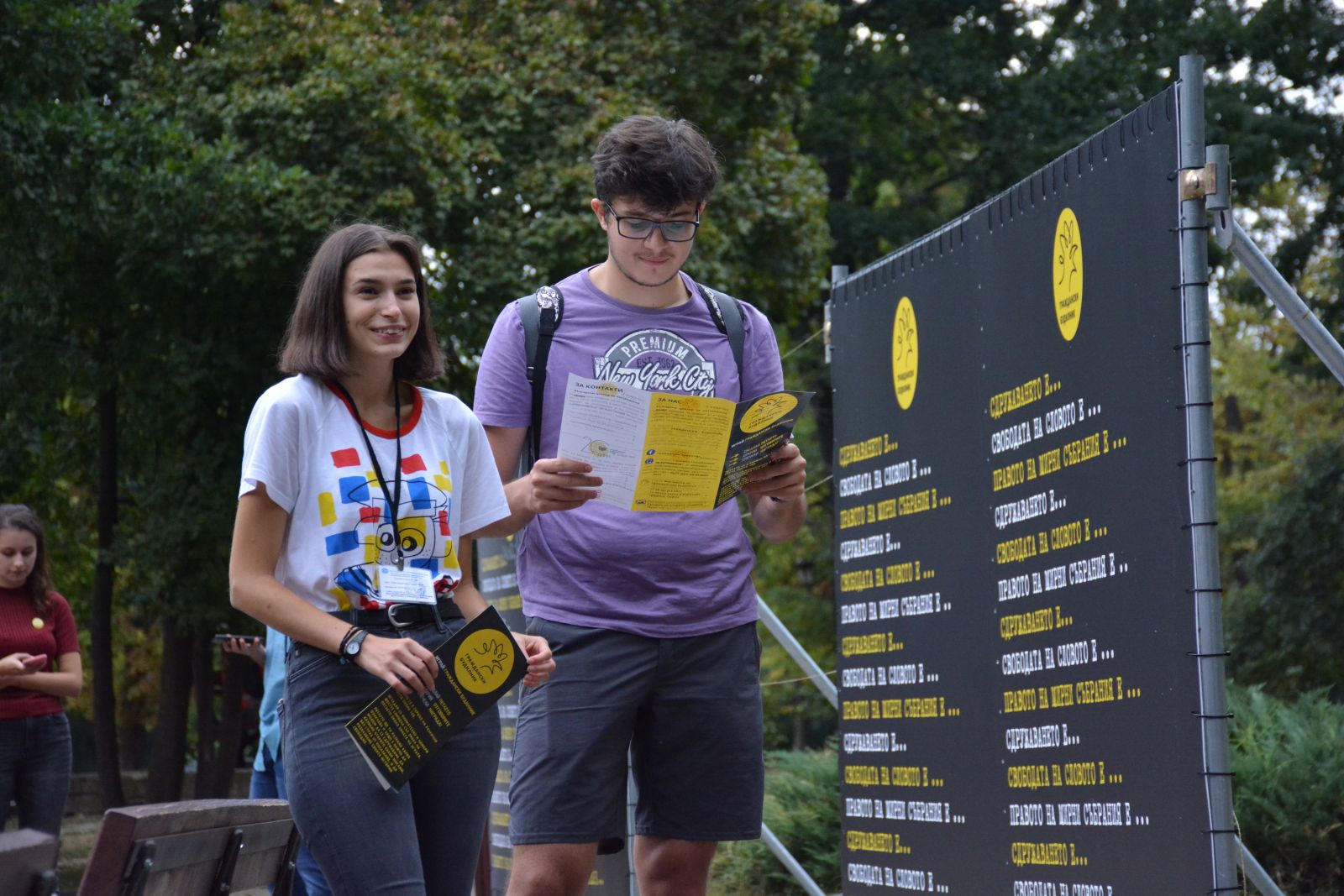 It was time for one of the best moments of the festival. On the Summer Stage in Borisova Gradina we also awarded the best works and their authors within the fourth edition of the CIVIC ALARM CLOCK competition. Over 90 Bulgarian and foreign artists took part in the three competition categories "Illustration", "Photography" and "Text". Participants were challenged to look creatively at the three civil rights (association, peaceful assembly and freedom of speech) in the virtual world and what it looks like to respect and exercise them in a digital environment.

As usual, the award ceremony was led by our friends and loyal partners from the Triple E.Y.E Project - Evelina Pavlova and Iva Doichinova - journalists and treasure hunters, who once again recognized the importance of jointly promoting the creation of socially engaged art.

Well, no more waiting and tension... here are the authors who have been awarded in the three competition categories:

IN THE "ILLUSTRATION" CATEGORY, THE PRIZES GO TO: 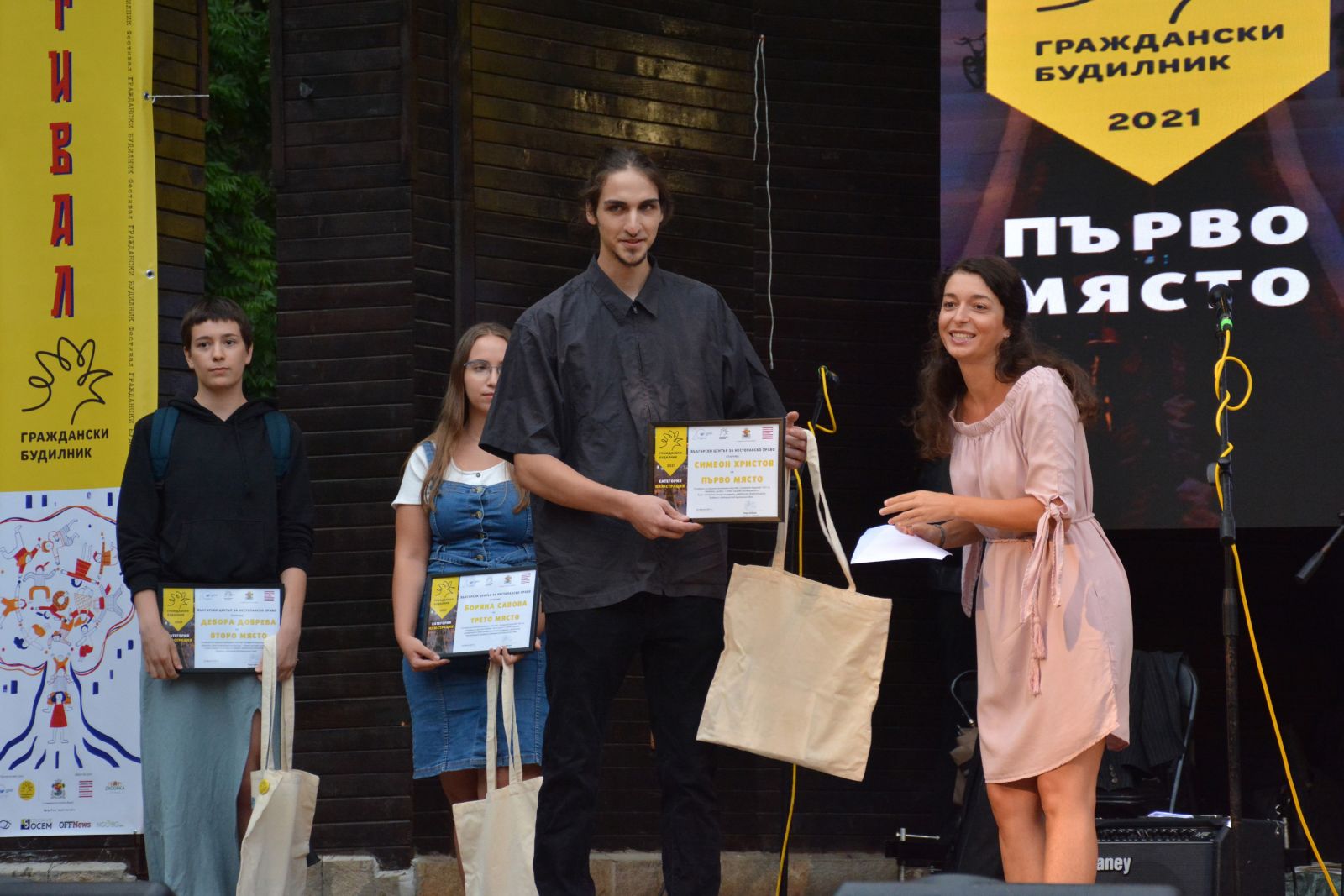 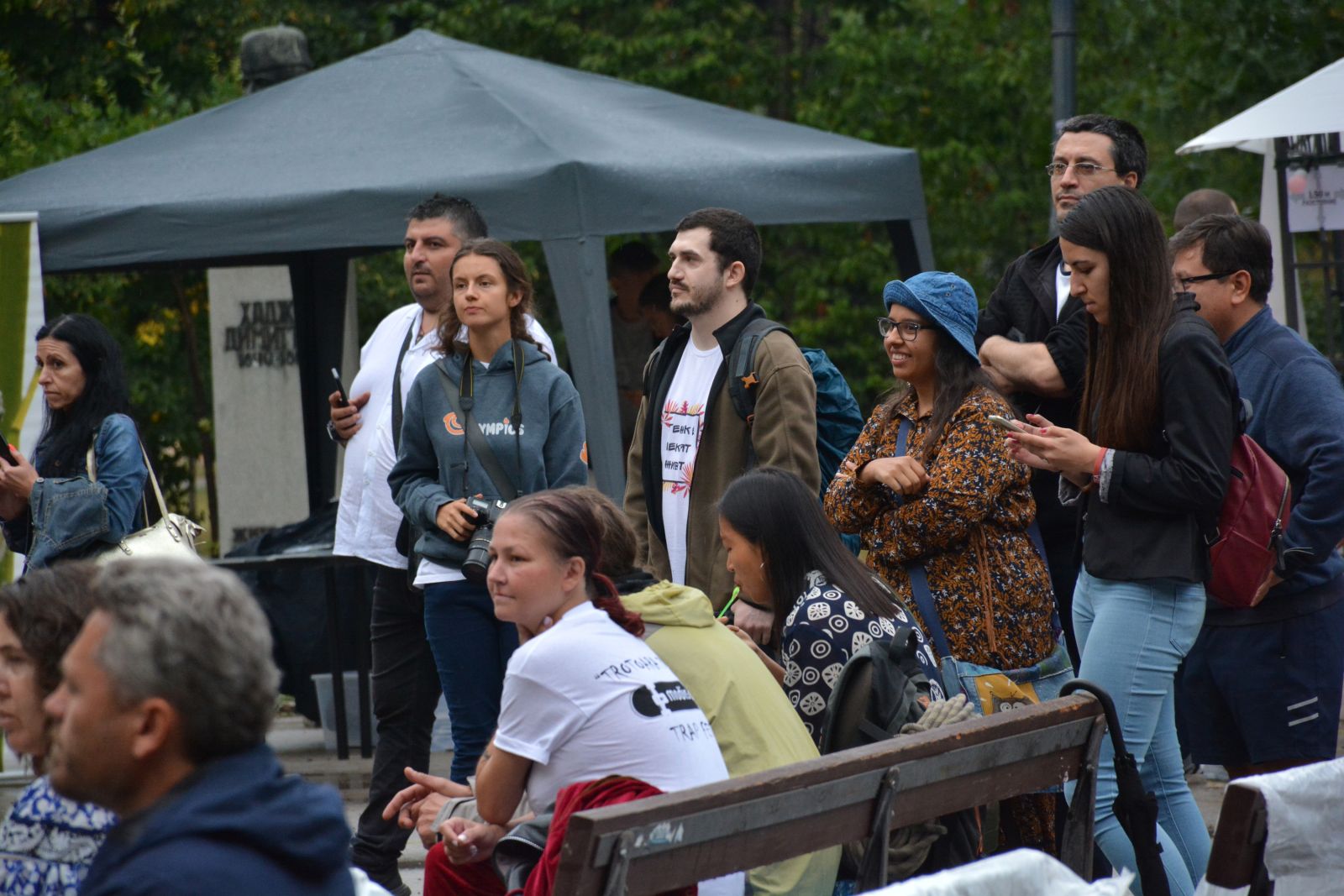 IN THE "TEXT" CATEGORY, THE AWARDED AUTHORS ARE: 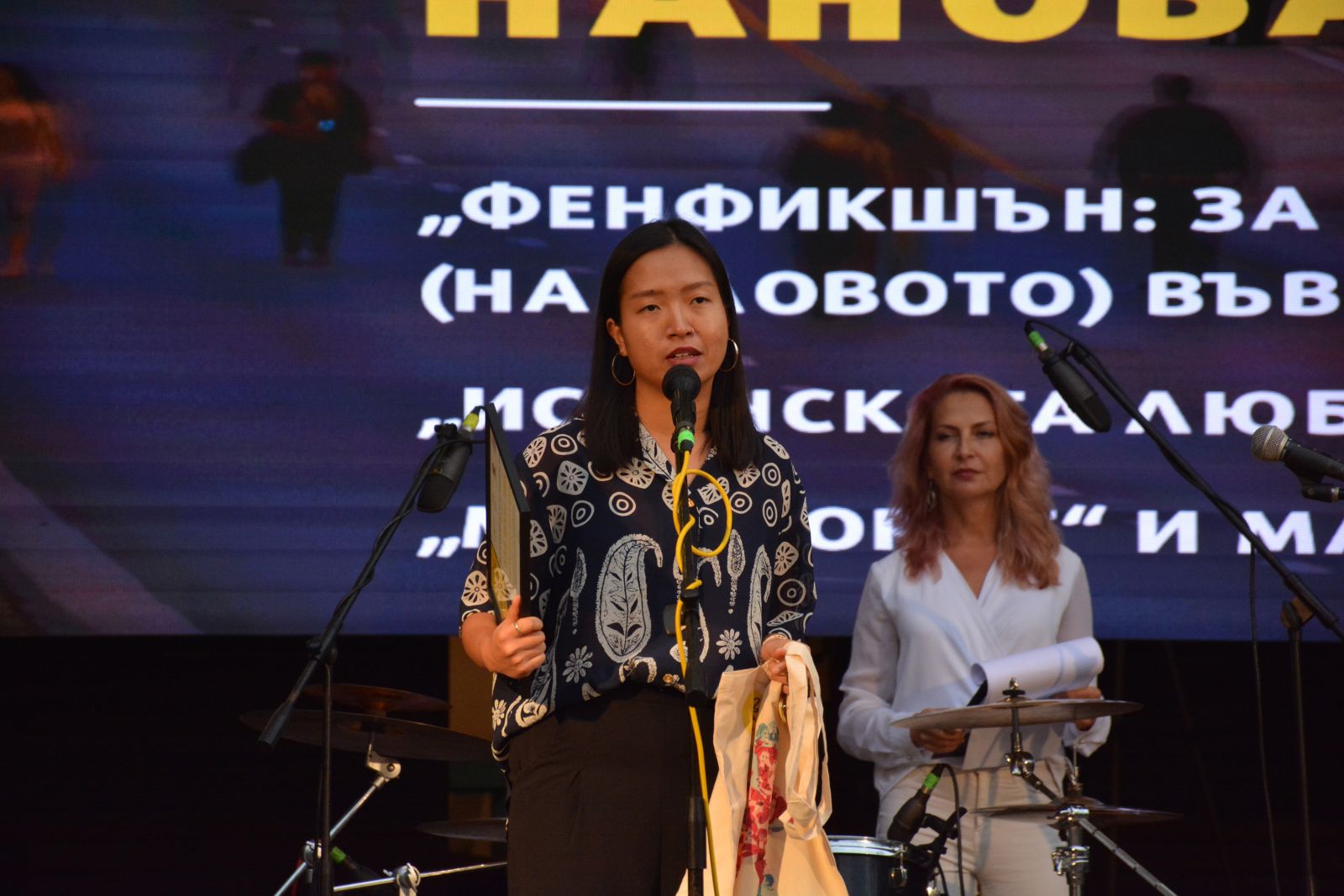 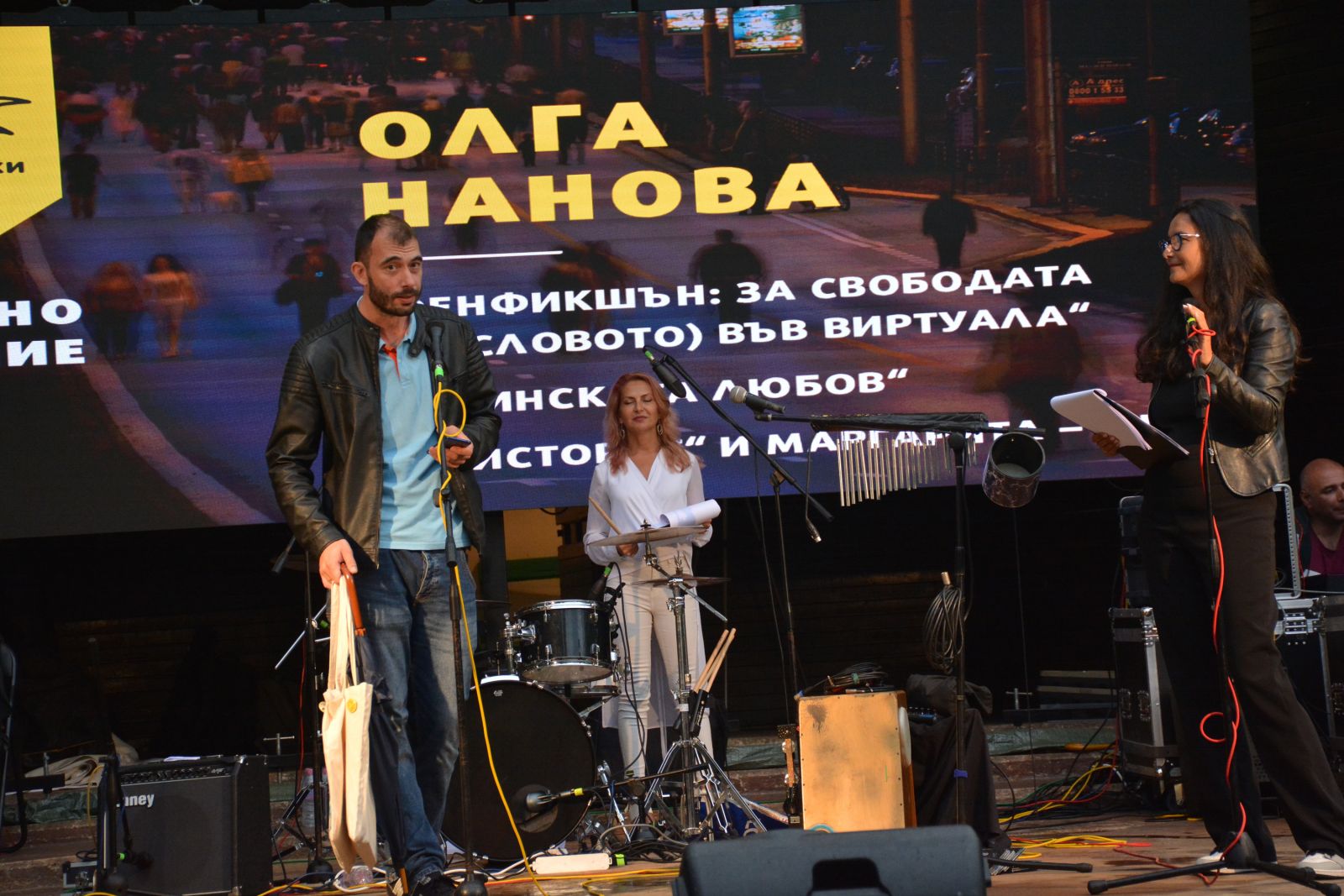 IN THE "PHOTOGRAPHY" CATEGORY, THE PRIZES WENT TO:

Prize for overall contribution to the CIVIC ALARM CLOCK competition: INDEPENDENCE, CITY HARMONY, FOR A CLEANER FUTURE, FREE GAMES AND TOGETHER WE STAND, DIVIDED WE FALL, Tihomira Metodieva-Tihich 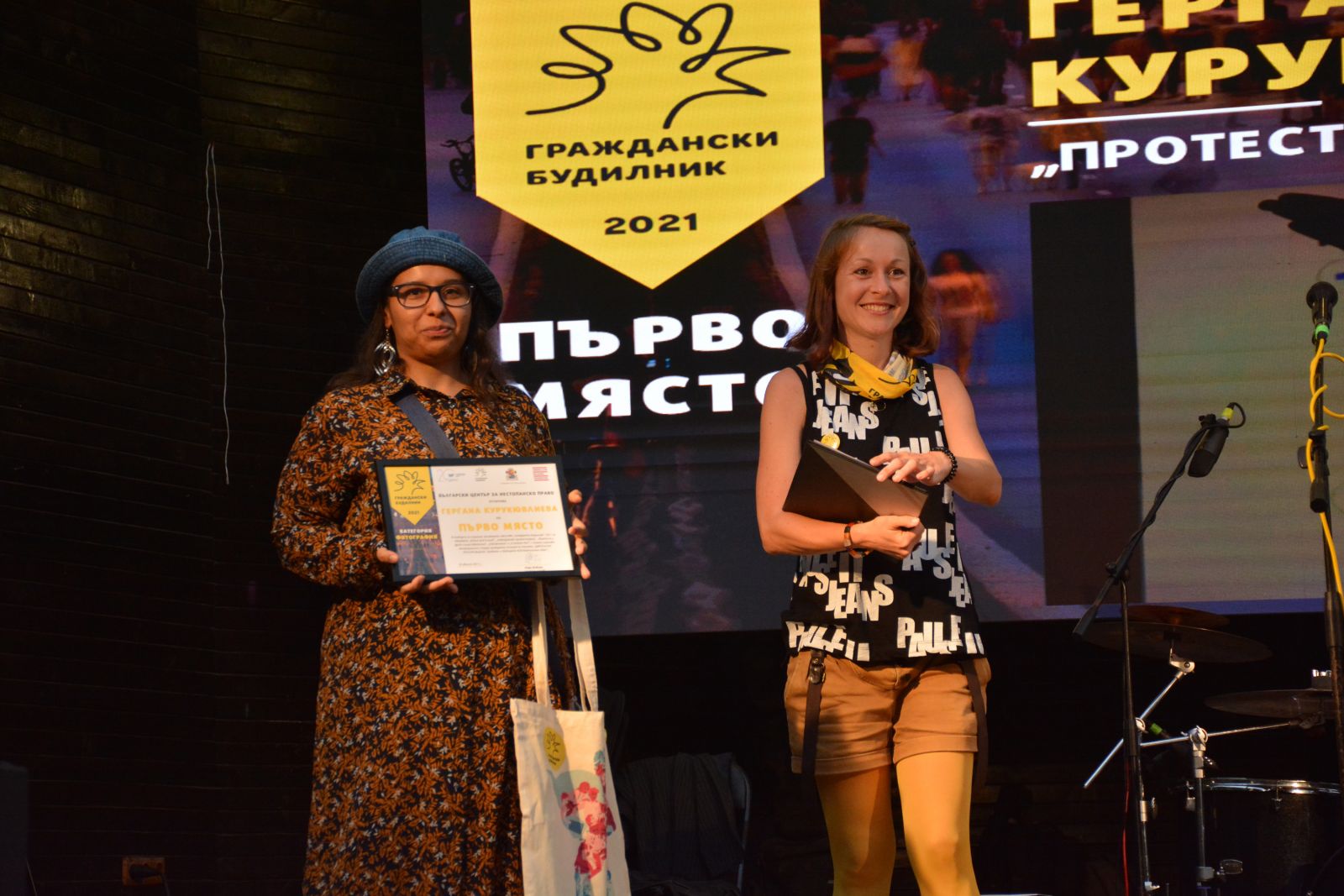 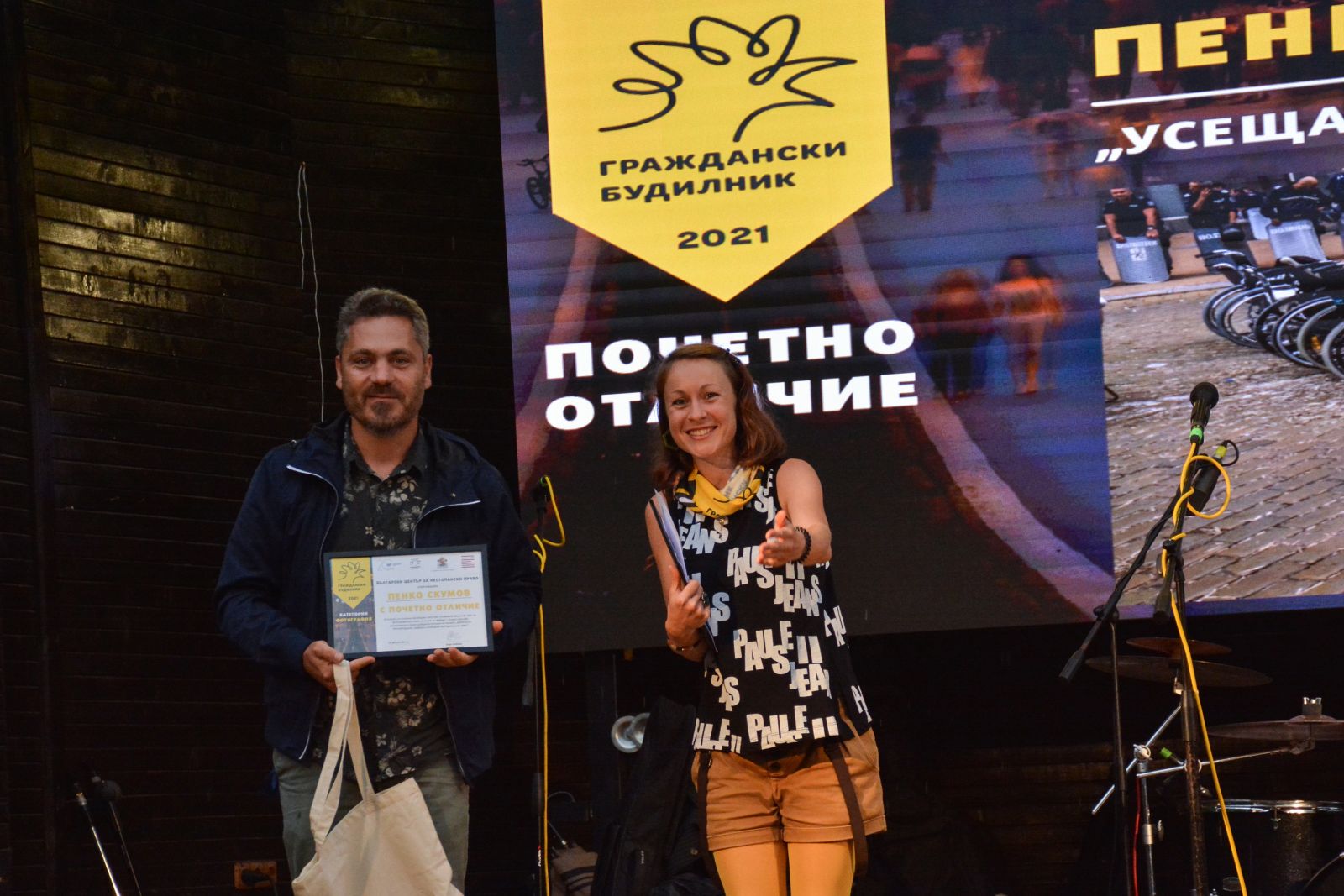 Congratulations to the winners! Thank you to everyone who took part in the competition, do not stop creating and defending your civil position!

During the raffle ceremony, the names of the people who supported their favorites in the three categories in the online voting were drawn. They received gifts from the limited series of bags, bandana scarves and badges of the Civic Alarm Clock. 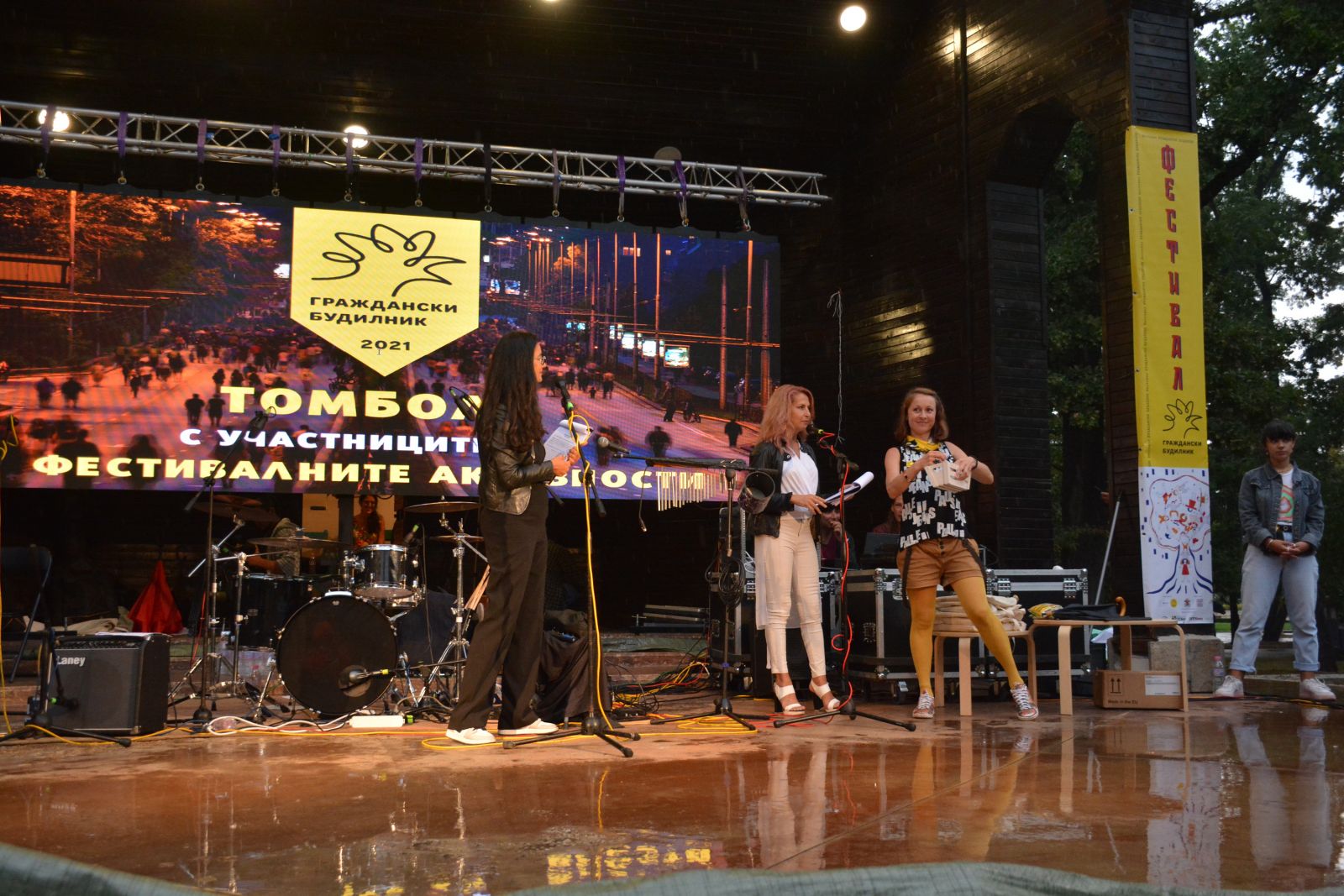 Each of the authors was financially awarded. The "First prize" received a prize of BGN 400, "Second prize" - BGN 120, "Third prize" - BGN 80, and those awarded the special prize "Audience Choice Award" - BGN 150. The total prize fund was provided thanks to the generous support of civil activists, art connoisseurs, friends and partners within the donation campaign organized by the Bulgarian Center for Not-to-Profit Law. We truly thank everyone who became part of this process and supported the award winners!

To conclude and hoping to banish the bad weather, the festival ended with a concert by two of the most dynamic and invigorating bands in the capital - Acoustic Soul Jazz Band and The CASE.

The gypsy jazz quartet took the stage first and invited us for a walk through the romantic streets of Paris. We went through some of the most popular acoustic jazz soul tracks and immersed ourselves in an authentic atmosphere, guided by the sweet and playful tone of the French accordion. 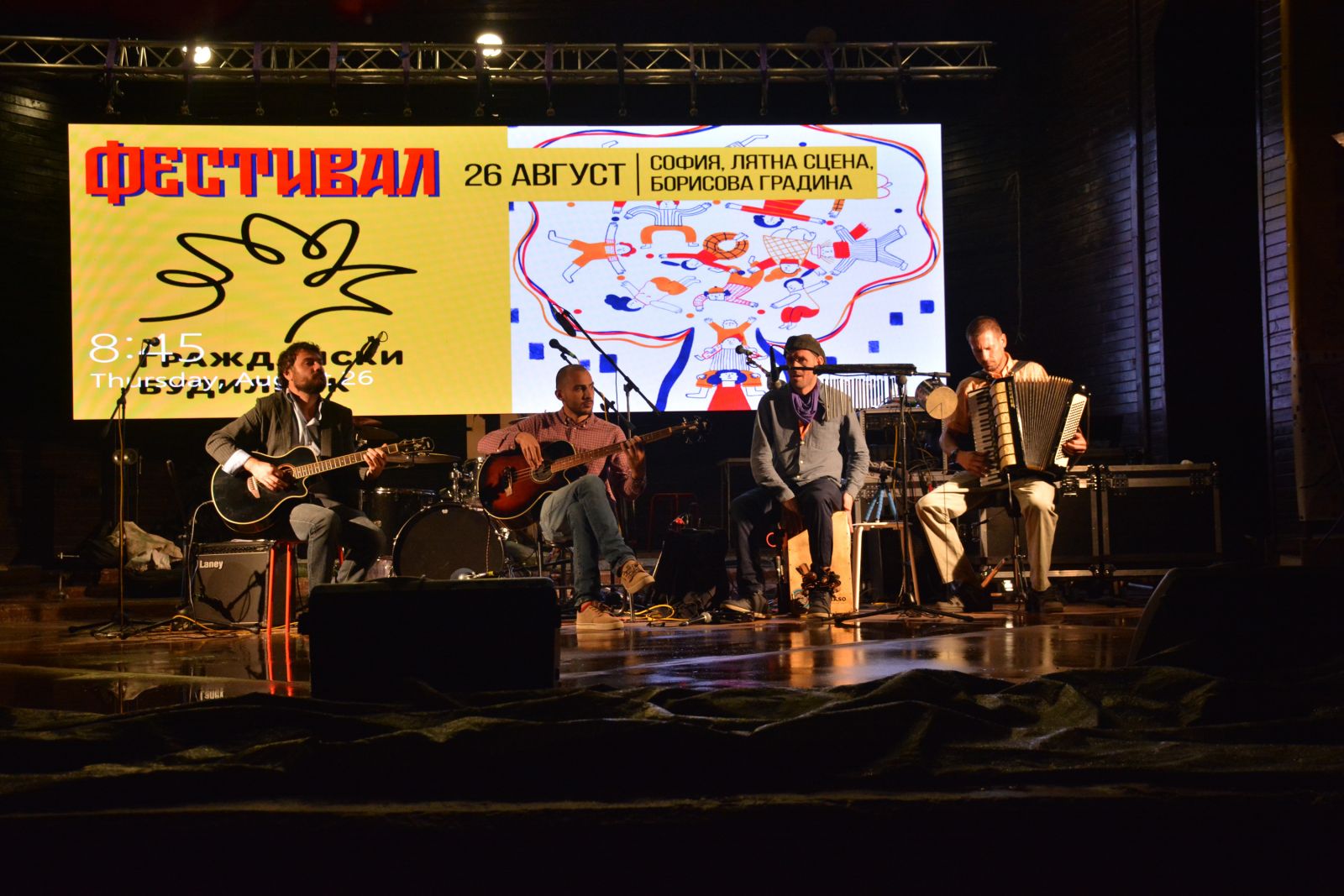 The evening ended in C major, thanks to THE CASE, who presented rock, fusion and ska tracks from their new album. We danced again and once again appreciated the freedom to be together. 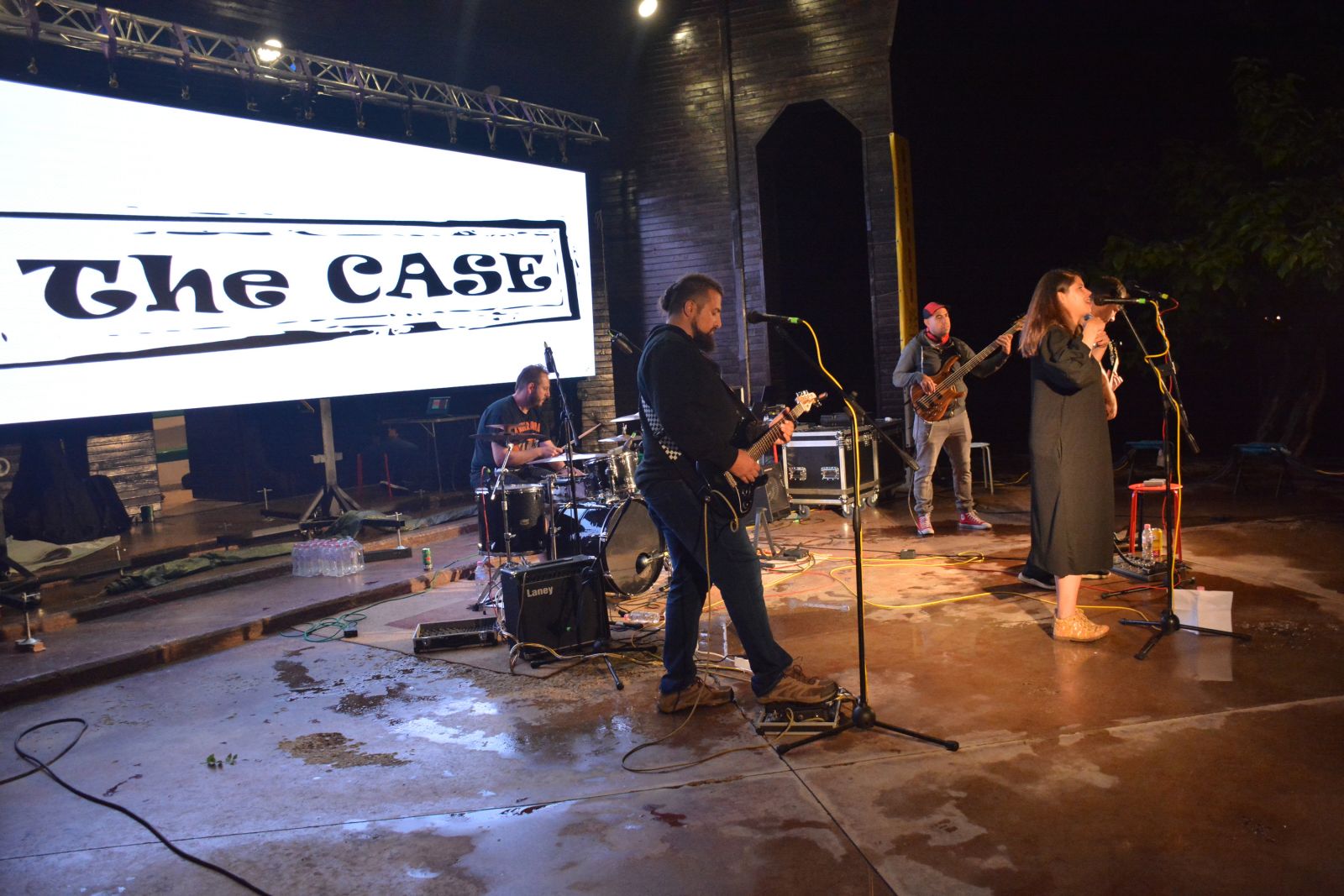 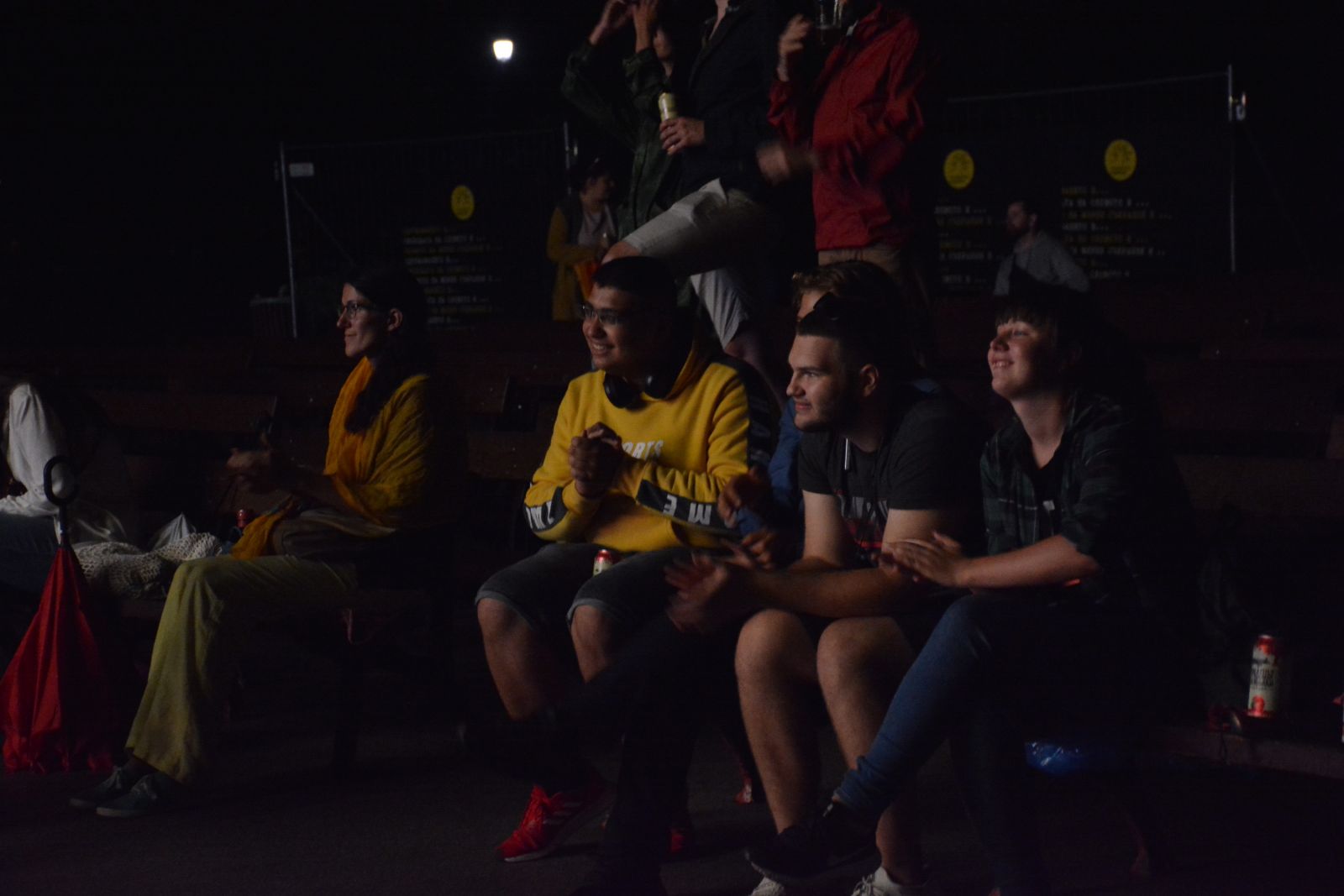 We thank especially the photographer with a big heart Tihomira Metodieva-Tihich for the wonderful moments captured through her lenses! 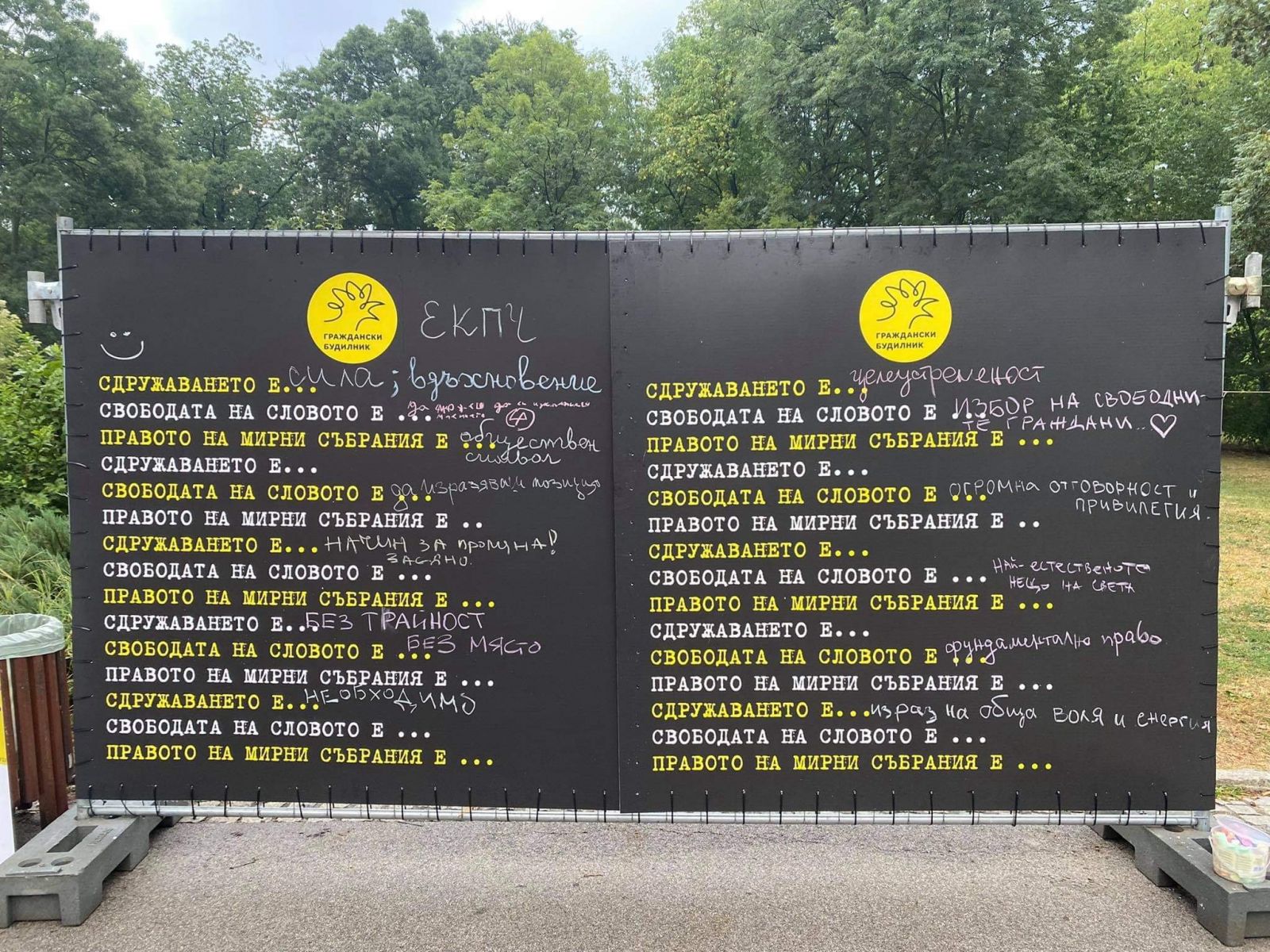 With the media partnership of: